New England is known for its quaint, quirky villages, and Jackson, New Hampshire is no exception. With a long history, dating back to the 1770s and postcard scenery, Jackson could be the dictionary definition of a New England town. Early settlers poured in throughout the late 18th and early 19th century, attracted by good farmland and the picturesque White Mountains.

The area has almost always attracted tourists, especially when the White Mountain school of artists flocked to the region to capture the local landscapes. While Jackson was slower than other villages to become a full-fledged resort town, it was the artists of this school who really put the town on the map.

Parts of the Christmas Farm Inn date back to Jackson’s early heritage. Though it wasn’t originally an inn, the Saltbox was probably built in 1778 by the Rufus Pinham family, as their home on the farm. The main building of the our historic hotel in New Hampshire dates back to 1786 when the family needed a larger home. The red house was even used as the Jackson jail at one time! The farm eventually passed to new owners, namely Case B. Perkins who converted the buildings to an inn in 1883. Ever since, the property has served the area’s many visitors as a quality New Hampshire hotel.

For over 130 years Christmas Farm Inn has hosted tourists eager to enjoy Jackson’s famous Honeymoon Bridge, the Wildcat River, and the surrounding mountains where hiking and skiing are year round fun. Today’s visitors can see many of the early Jackson buildings that have survived fires, change, and age over the years, in addition to the village’s many new businesses and structures. That’s the wonderful thing about visiting somewhere with so much history—you can see that legacy all around you while enjoying the area’s many contemporary attractions like Storyland, Santa’s Village, and Cranmore’s Mountain Coaster!

Next time you visit Jackson, stay at the Christmas Farm Inn and find a little bit of yesteryear peeking out around every corner! You’ll discover why people have been making Jackson their New Hampshire travel destination for over a hundred years, and why Christmas Farm Inn has long been a favorite resort! 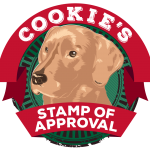