OVER 200 YEARS OF HISTORY

Christmas Farm Inn is nestled on a New England farm, which was actually once a very special Christmas gift. The property gets its name from this fun fact about its unique history, and how the farm itself was once given as a present at Christmas time.

Part jail, part church, part farm house, few country inns have as rich a history as the Christmas Farm Inn. Sadly, most of the official records of this historical Jackson, NH hotel’s early years were destroyed by a fire in the courthouse in 1886, but some remnants of those roots have been passed down through time.

The original building – the front section of the red house-was built more than 200 years ago. This Cape Cod-style “saltbox” believed to be built in 1778, was the farmhouse of the Rufus Pinkham family. The front portion of the white main building was erected around 1786, and became the new Pinkham homestead. The red house was then converted for storage use. At one point in time, the red house was the local lockup!

The property passed through several owners before Chase B. Perkins acquired it from his brother in 1883. As more visitors came to the area, Chase Perkins decided inn keeping would be a profitable sideline to the ever-risky farming business. Before long, “Perkins Cottages” were experiencing such success that Chase had no choice but to expand the property to meet demands. An addition to the Main Inn was extended out behind the original two stories, but even that wasn’t enough to accommodate the influx of guests. Guests at this time were almost totally summer visitors in this country. Rather than build again, Chase decided to move the abandoned “Free Will Baptist Church” from just up the road, and attached it to the back of the Inn.

The structure was jacked up, lowered onto logs, and pulled here by oxen, where it was secured to the existing Inn creating more space. This structure had been built in 1803 as Jackson’s first church. A tablet still marks the original location a mile toward Black Mountain at the “triangle.” Stand outside the Main Inn facing the porch, and you can clearly see the outline of the old church.

The Jackson, NH Inn and farm survived the Great Depression, and after 50 years in the family, Chase Perkin’s daughter sold the farm to a gentleman from Philadelphia who then gave it to his daughter as a Christmas present! She renamed the place ‘Christmas Farm’ and had romantic dreams of making it a working farm. When this didn’t go according to plan, she ended up selling the farm to Doris and Dick Welch in 1946 who renamed it the Christmas Farm Inn.

A photo of the Inn’s very first guests that winter of 1946, the Freeman family, still hangs in the lobby, and the Freemans have been returning to the Inn for the last 3 generations!

In the 70’s the Welches sold the business to the Powers who were the co-founders of the now famous Jackson Ski Touring Foundation- the nation’s first municipal ski touring operation– formed right here in the living room of the main inn.

In 1976, the Inn was purchased by Bill and Synda Zeliff who ran the Inn successfully for 24 years, making it a household name and one of the most popular places to stay in the White Mountains. The Zeliffs sold the New England Inn to the Tolley family in 2000, and they enhanced the property by adding the Carriage House and Spa, indoor pool and fitness center, making it the White Mountain resort it is today.

In 2022, the Inn was purchased by Mark, Cathy and Barry who also own The Inn at Thorn Hill in Jackson, NH.  Stay tuned for the next exciting chapter at The Christmas Farm Inn and Spa! 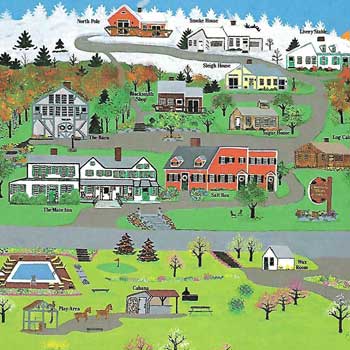 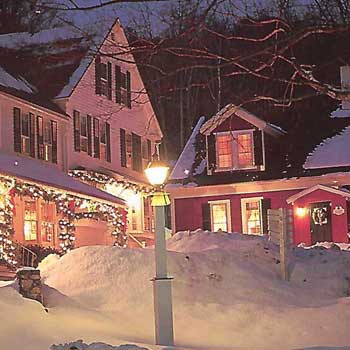 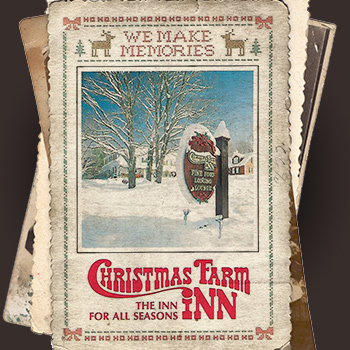 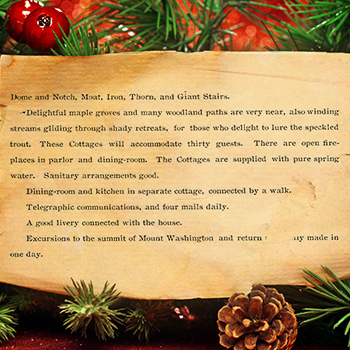 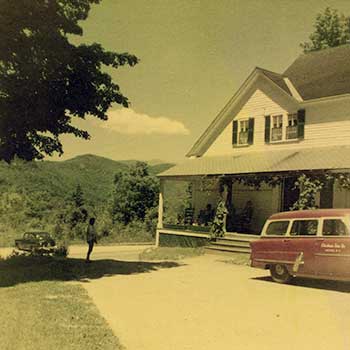 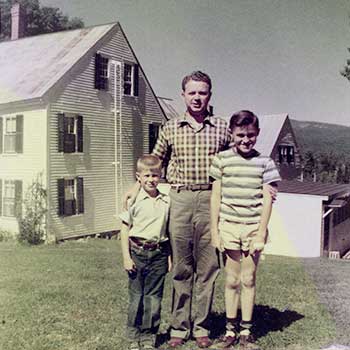 The Inn is not 'Christmas themed' but rather received its name from the gifting of the property at Christmas time – renamed the ‘Christmas Farm’ in honor of the season and spirit of the gift.

LEARN MORE OF THE HISTORY